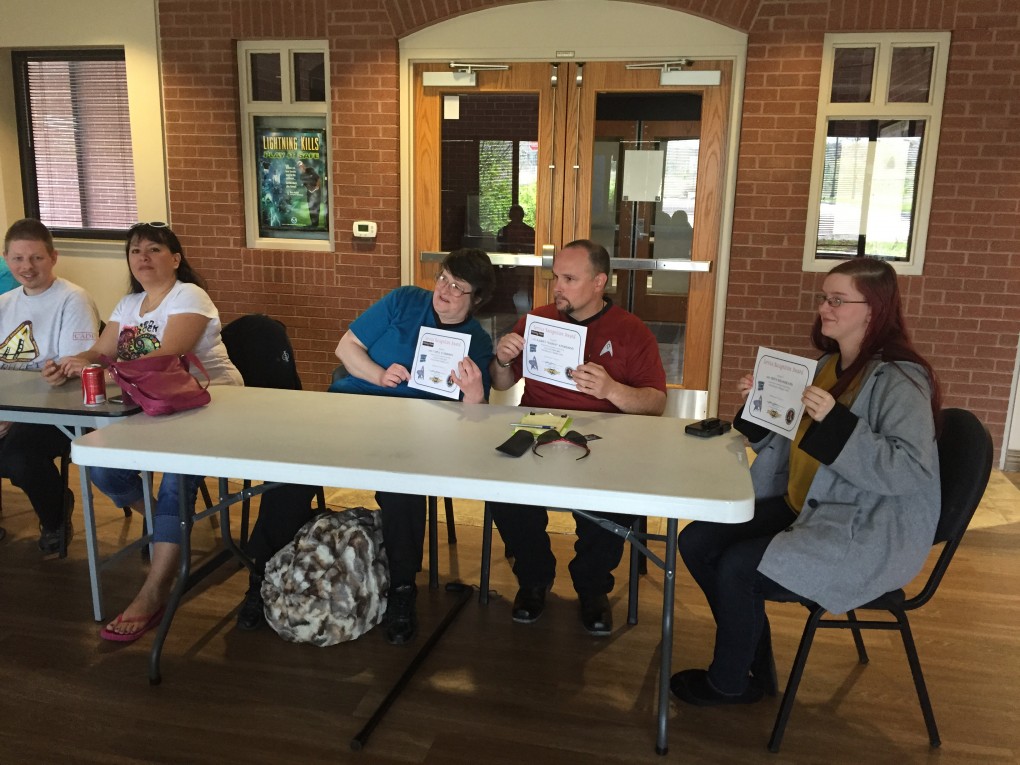 This morning’s all hands meeting was a huge success. We had 20 people there, including three new people.

For those who couldn’t make it, here is a quick recap of what was announced.

We are starting to collect membership dues. Members will gain rank with the ship, hold leadership positions, have an official USS Zebulon Pike name badge, and receive discounted convention passes when provided to us.

The money gained from the dues will go to cover expenses such as business cards, photos for our trade show display, and office supplies.

There is a $1 extra charge for paying online to cover PayPal’s service fees.

If you want to become a member sign up on our Join page, or get Jon your money at our next event.

We need to have 15 members pay by May 10 in order to have the best chance of receiving our name badges before Denver Comic Con.

Shipmate of the Quarter – Carla Anderson

Let it be known that Crewman Recruit Carla Anderson has shown outstanding performance in service to the USS Zebulon Pike and its crew and is being awarded Shipmate of the Quarter for the Spring 2015 quarter.

Crewman Recruit Carla Anderson spent a considerable amount of time constructing dozens of Tribbles to give away during conventions. She also helped get the crew involved in the project by attending movie night to show everyone how to make them. Carla then showed great dedication to the Zebulon Pike by working all six days of GalaxyFest and Colorado Cosmic Con where she not only worked the table to recruit new members but also helped develop relations with other organizations by spreading Tribbles throughout the Cons.

The following promotions were awarded due to participation in the ship during the last several months.